Why is SISD considering a football stadium?

Stephenville High School does not have its own stadium and currently has an agreement in place for use of Tarleton Memorial Stadium for varsity football games. The contract between SISD and Tarleton State University concludes July 31, 2025. Construction of its own district stadium will allow SISD to provide a home facility for high school athletic programs, maintain control of its own scheduling, offer daily access for student programs and collect revenue from ticket, concession and rental sales for the first time in history.

“Tarleton has been a fantastic partner and host of Stephenville high school football for as long as anyone can remember. We appreciate that partnership as it will be part of Stephenville ISD lore. We wish Tarleton the best as it blazes new paths in its athletic future and look forward to partnering on other ventures,” SISD Superintendent Dr. Eric Cederstrom stated.

What is the net tax impact when voting for Proposition A? 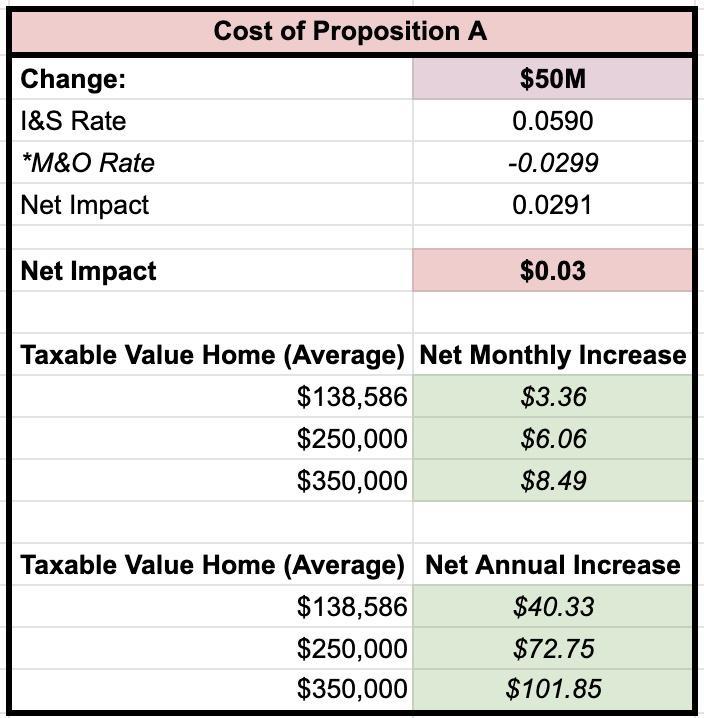 What is the net tax impact when voting for Propositions A and B? 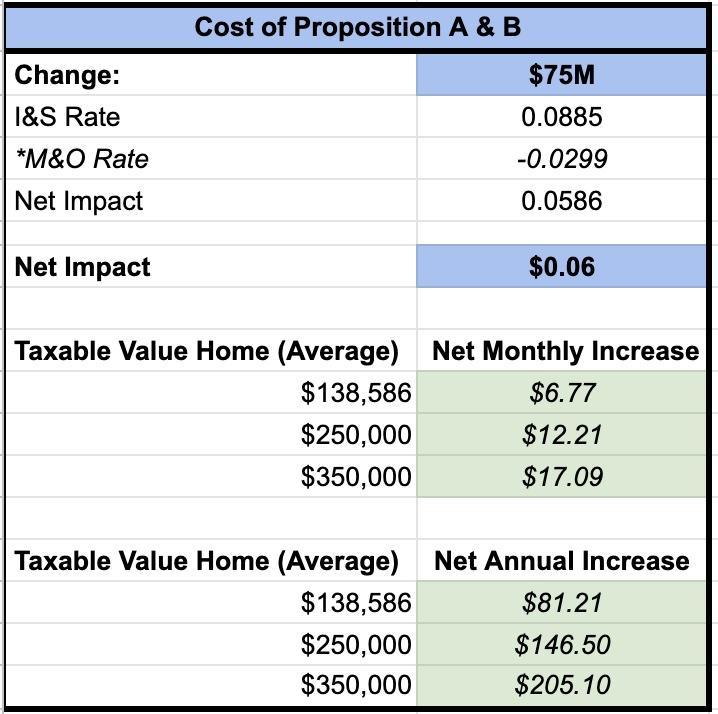